IMPORTANCE
Introducing mutations into a protein or virus can have either direct or indirect effects on function. We asked if changes in the
Ubl domain, a conserved domain adjacent to the coronavirus papain-like protease, altered the viral protease activity or affected
viral replication or pathogenesis. Our studies using purified wild-type and Ubl mutant proteases revealed that mutations in the
viral Ubl domain destabilize and inactivate the adjacent viral protease. Furthermore, we show that a CoV encoding the mutant
Ubl domain is unable to replicate at high temperature or cause lethal disease in mice. Our results identify the coronavirus Ubl
domain as a novel modulator of viral protease stability and reveal manipulating the Ubl domain as a new approach for attenuating
coronavirus replication and pathogenesis.
Coronaviruses are emerging human pathogens. Severe acute
respiratory syndrome coronavirus (SARS-CoV) caused the
epidemic of 2002 to 2003, with a 10% case fatality ratio (1).
Middle East respiratory syndrome coronavirus (MERS-CoV) is a
pathogenic virus that was first identified in humans in 2012 (2). As
of 3 February 2015, there have been 965 confirmed cases and 357
deaths (http://www.who.int/csr/don/03-february-2015-mers/en/).
For SARS-CoV, the virus emerged from a reservoir in bats, replicated
in an intermediate host (civet cats), and spread to humans.
The epidemic strain of SARS-CoV evolved for efficient human-tohuman
spread (3–5). Public health measures of isolation of infected
individuals led to the cessation of the epidemic in humans;
however, SARS-like viruses remain in bat reservoirs (6–8). For
MERS-CoV, dromedary camels now are suspected as the zoonotic
source for transmission to humans, since MERS-CoV sequences
with 99% nucleotide identity to human MERS-CoV isolates have
been detected in respiratory samples from camels (9). Although
there are reports of human-to-human transmission of MERSCoV
(10, 11), current strains seem to cause mostly lower respiratory
tract disease and are not as highly transmissible as SARS-CoV
(12). Other human coronaviruses (HCoV-229E, HCoV-OC43,

HCoV-NL63, and HCoV-HKU1) are common in the human
population and are the causative agents of upper and lower respiratory
tract disease and croup (13–16). To date, there are no FDAapproved
antiviral drugs or vaccines to fight human coronavirusinduced
disease. In addition, the potential exists for coronaviruses
to emerge into the human population from reservoirs in bats or
other animals (17). Identifying viral components critical for efficient
replication and manifestation of disease will facilitate antiviral
drug and vaccine development.

Thermal Tm analysis using CD. Thermal melting analyses of the wildtype
PLP2 and V787S mutant was carried out with a Chirascan circular
dichroism (CD) spectrometer (Applied Photophysics) equipped with a
temperature control system (Quantum Northwest Inc.) by monitoring
theCDsignal at 220nmwhile increasing the temperature at a step interval
of 0.4°C and at a rate 0.5°C/min. Two ml of protein samples at 1 M in
buffer with 0.1 M potassium phosphate (pH 7.5) was contained in a
10-mm quartz cell (Starna Cells) with magnetic stirring. Thermal scans
were performed in three independent experiments for both wild-type and
V787S mutant MHV PLP2. The melting temperatures (Tm) were calculated
as the first derivative peak using the program SigmaPlot. 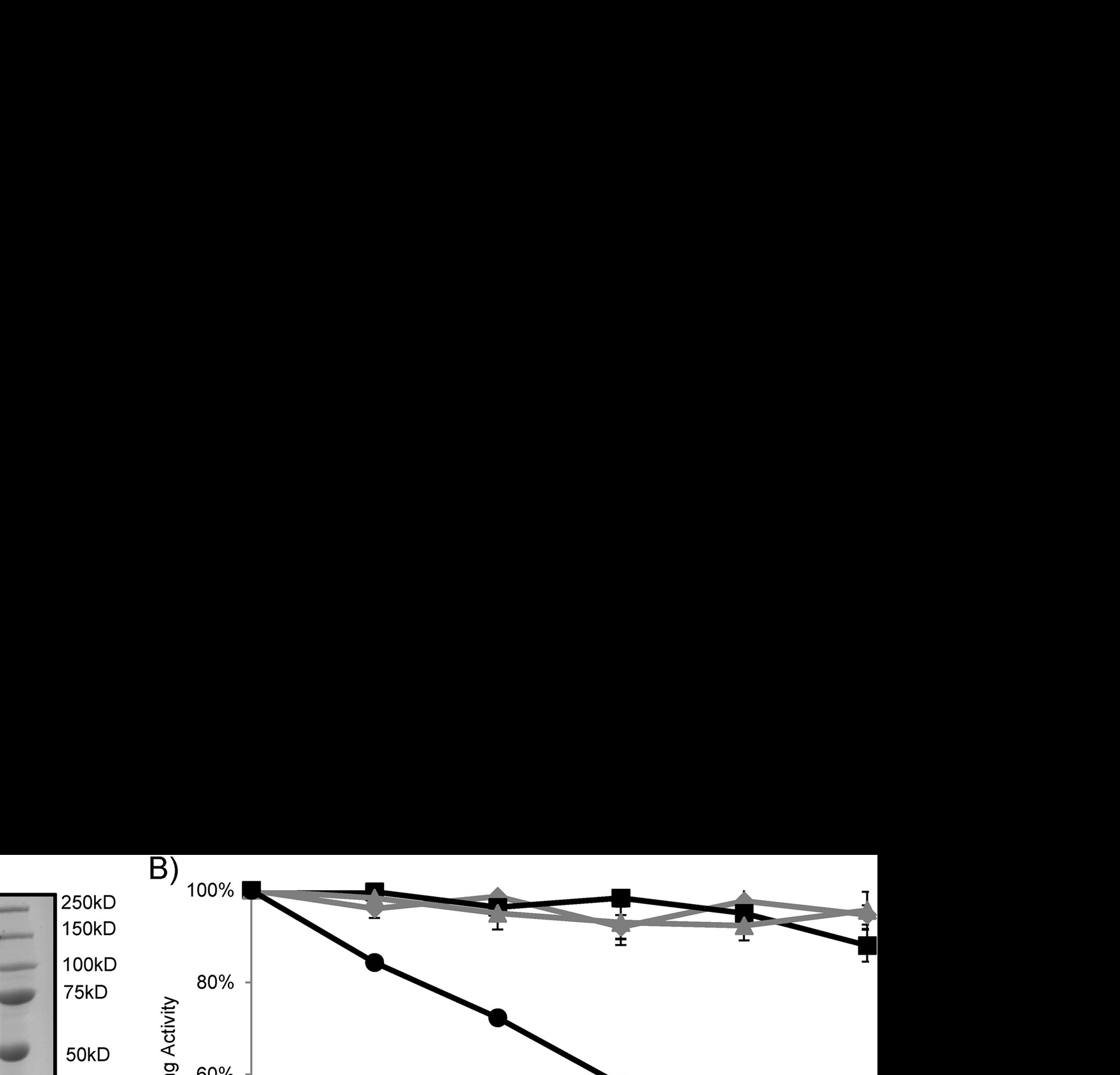